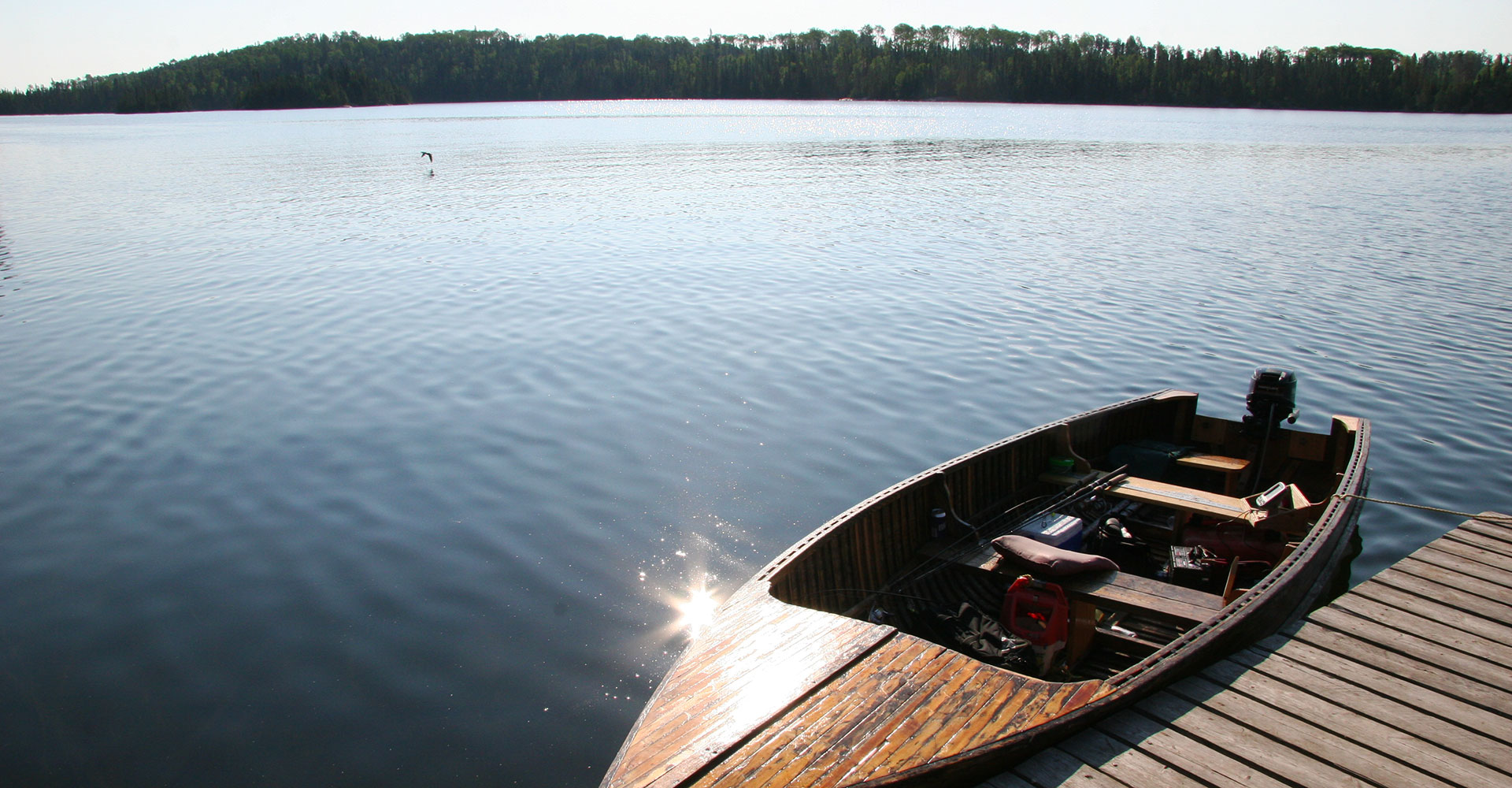 5 Reasons to Visit Algoma This Summer

It was only when I left Ontario that I realized the true enormity of the province.

The first time I left the homeland on my own was in 2006, and I was off to explore Ireland. I saw Ireland as this nation bursting with culture but couldn’t quite grasp that Ontario was much the same. It’s only recently, after having spent much of this decade living abroad, that I realize the sincere value of all Ontario has to offer.

I’ve been on safaris in Tanzania, ridden ships across Thailand, visited music festivals in Serbia and travelled to nearly 80 countries in all. But this summer, I’ve made it my mission to rediscover all that I previously overlooked in Algoma Country, and here’s why. 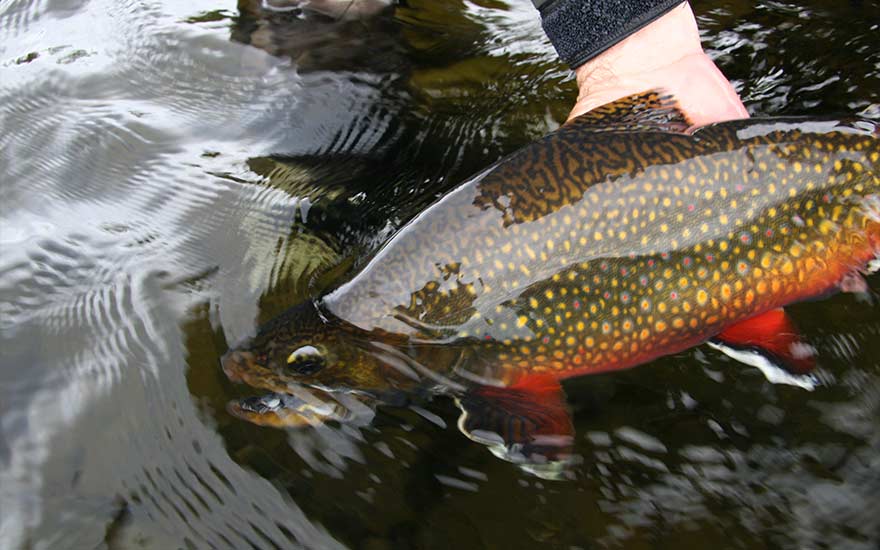 With fishing in Algoma, I’m talking about the potential for trophy fish. There are over one thousand lakes to choose from –  but I’d be particularly inclined to get out on Lake Superior, especially considering it’s the largest freshwater lake on the planet. In many ways, Lake Superior is part of Canadian mythology and, of course, it’s one of the Great Lakes.

With everything from chartered fishing boats to fly-in float planes, you can design your ideal fishing trip. Personally, I’m keen to test my hand at fly fishing, with the aim of catching some of Northern Ontario’s finest brook trout, and perhaps a salmon or two. Though remote, I’d personally love to hire a guide and head to Sutton River where I’m told the brook trout fishing is on another level entirely. 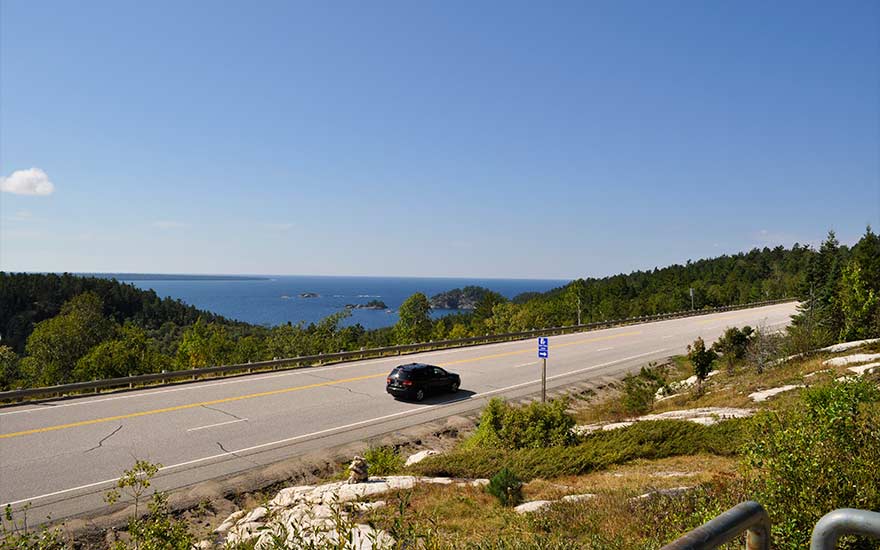 While this region is known slightly more for its prowess as a motorcycling destination, the views are on offer to everyone, regardless of their choice of vehicle.

Ideally, I want to find the time to tackle the Grand Algoma Drive, which takes roughly two days. It’s widely considered to be one of Canada’s most scenic routes and includes the stretch of road between Sault Ste. Marie and Wawa. It all starts on Lake Superior, then you head inland through the heart of Algoma until reaching Lake Huron.

I’m keen to explore hidden gems such as Aubrey Falls (in Aubrey Falls Provincial Park), which is just off of the most famous road in the region – Highway 129. Mentally, I’m already in a sports car with the windows rolled down and the Mississagi River rushing by on my right. Now, I don’t own a sports car just yet, but when I do, you better believe it’s off to Algoma Country!

Or perhaps, much to my mother’s chagrin, I ought to get my motorcycle’s license. 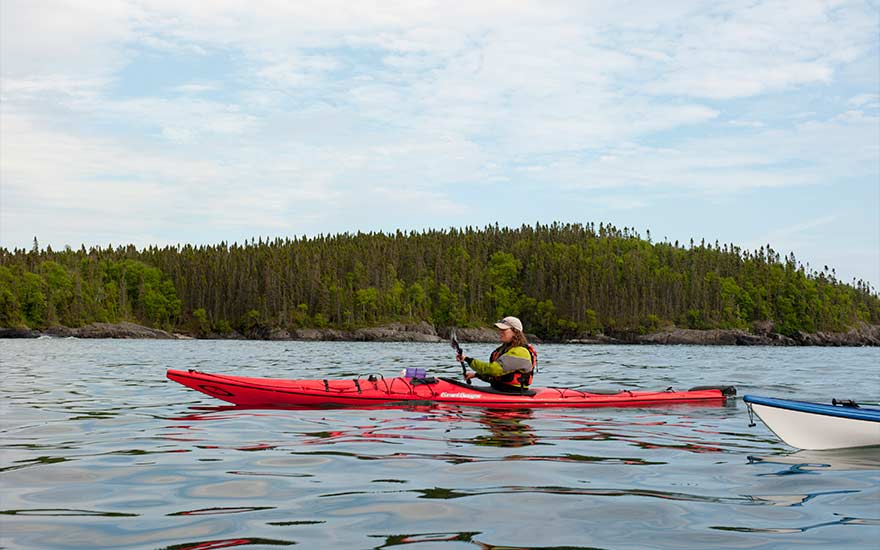 I never feel more Canadian than with paddle in hand at the stern of a canoe. I’ve planned many canoe trips in my day, but in Algoma, you can take things to another level.

There is one canoe trip in particular that has really caught my eye and that’s the Ranger Lake Loop. It’s over 100 kilometres long with around 40 portages but some of my favourite memories in this life are forged by challenging myself in nature and leaving my smartphone on shore. If I can spare roughly ten days, then the Ranger Lake Loop (starting on Ranger Lake, Gong Lake, or Saymo Lake) is what’s on the menu!

If you’re feeling extra adventurous, you can even pack your friends into a fur trading canoe and take on Lake Superior. If you’re less inclined to take on the outdoors physically, consider taking the incredible Agawa Canyon Tour Train, which offers stunning views of the landscape with none of the paddling and hardship!

4) Exploring the Cities and Towns of Algoma 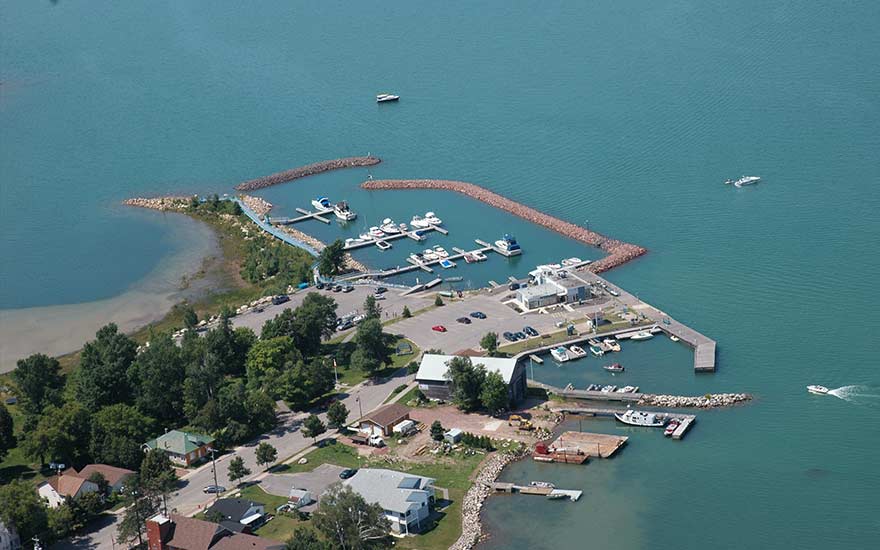 If there’s one lesson I learned from spending so long abroad and then returning, it’s that every settlement in Ontario has something special that makes it worth visiting, whether that be a large city or a hamlet.

For me, Sault Ste. Marie is near the top of my list. I’ve always wanted to visit the Canadian Bushplane Heritage Centre and the canal seems to offer a fascinating history. St. Joseph Island, the second largest island on Lake Huron, would also be near the top of my list. Not only does its beauty make it a cottager’s paradise, but the history of the island is unique and intriguing. It played an instrumental role in both the fur trade and the War of 1812.

Batchawana Bay also piques my interest for its natural beauty and history. The region was an important fishing site for the Ojibwe peoples, and the Hudson’s Bay Fishing Company also built an outpost here. Not to mention, the largest fish ever caught (a 310-pound sturgeon) was reeled in right in Batchawana Bay! 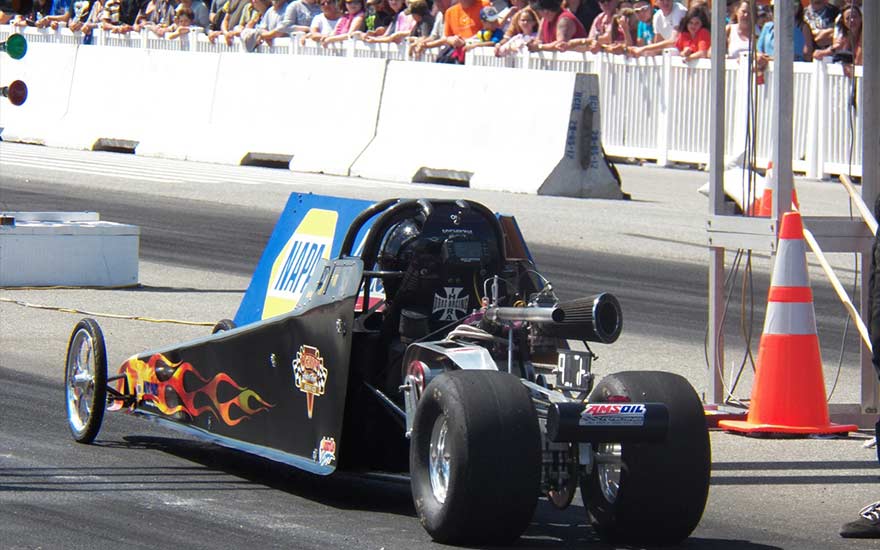 Believe me, the calendar of events in Algoma Country this summer is packed – there’s quite literally something for everyone. Across the region, you’ve got music festivals, classic car shows, strong man competitions, country fairs, theatre festivals and everything in between.

In particular, I’ve got my eye on the Wawa Drag Races as well as the Elliot Lake Drag Races, for obvious reasons. Beyond that, I’d love to check out the Poker Run in Sault Ste. Marie which features some of the fastest and finest boats on the planet. Now, boats are great, but so are cars, so the Bruce Mines Classic Car Show also needs to make the list.

It looks like I’m going to have a pretty packed summer if I stick around Algoma Country!

It’s Off To Algoma 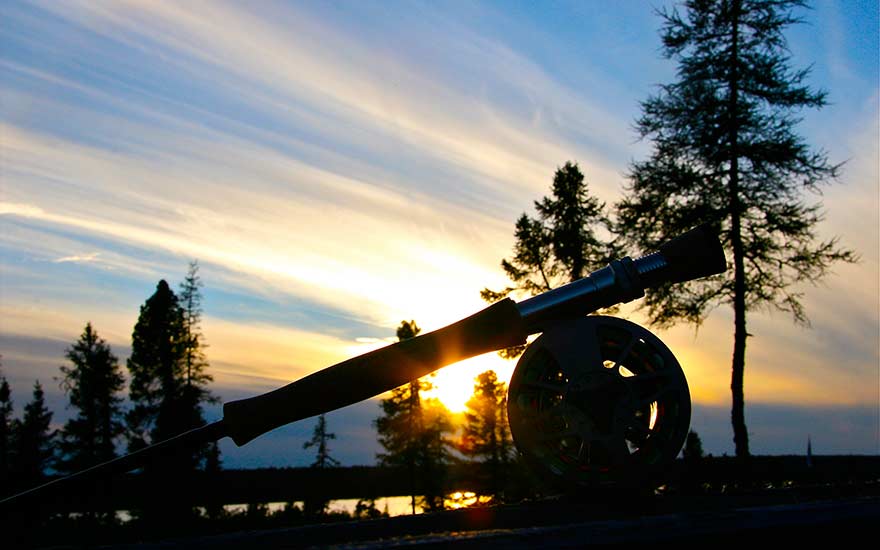 When I landed back in Toronto in August, I made a promise to myself that I would take the time to explore my home province, and, for me, Algoma Country has to be a part of that. This region offers some of the best opportunities for fishing, canoeing, and just appreciating the great outdoors – I can’t think of anything more quintessentially Canadian than that.

I’m looking for authentic Ontario and authentic Canada, and I have a feeling that with Algoma, that’s precisely what I’ll find.

Christopher Mitchell is a Canadian freelance writer and travel blogger who has had the pleasure of visiting nearly 80 countries around the world. He's also lived for extended periods of time in cities like Oslo, Seoul, and Istanbul. His current passion is writing and photographing his homeland, Canada, and appreciating all it has to offer. You can find more of his work at www.travelingmitch.com, or on any social media platform at @travelingmitch 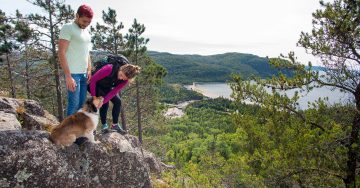 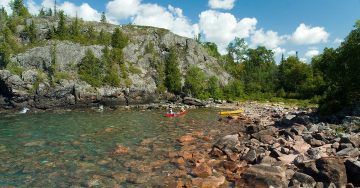