Yuk Yuk’s On Tour at The Loft 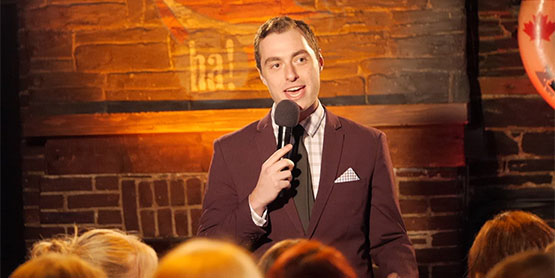 This event has ended. Please check back for next year's information.

The Loft is the perfect comedy club venue! Great atmosphere, professional sound, leather arm chairs and the bar is open.

Headliner Matt Wright: Matt is an award winning stand-up comedian, writer, actor, and director who had headlined clubs and theatres from St. John’s to Vancouver. Matt has had televised appearances at the Just For Laughs Comedy Festival, Winnipeg Comedy Festival, and Halifax Comedy Festival. Matt was named as a national finalist at the Just For Laughs Homegrown Competition, a national semi-finalist in the Sirius XM Canada’s Next Top Comic competition, and was named “Best Comedian” by The Overcast Magazine 2014, 2015, and 2016.