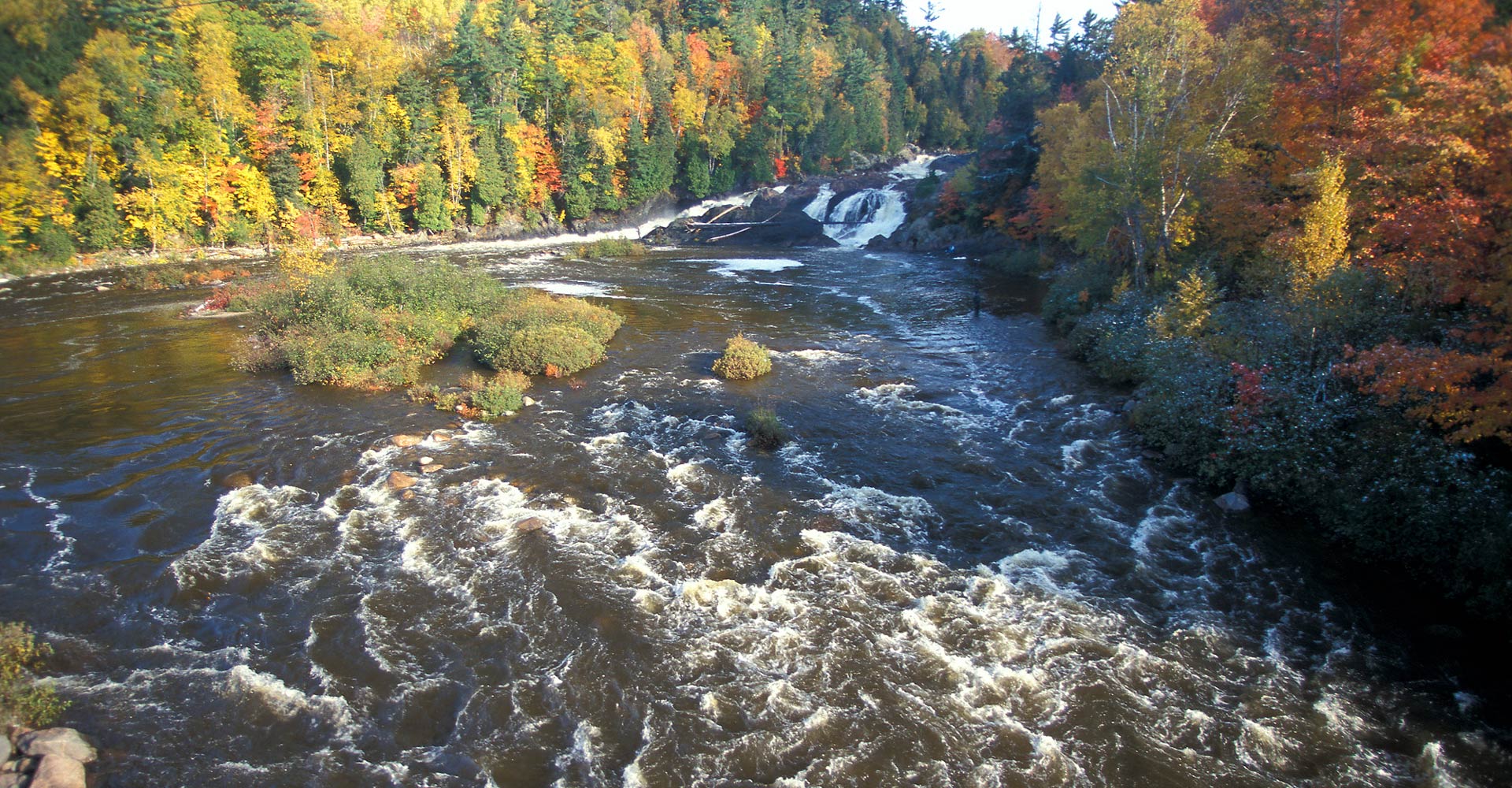 Charms of the Chippewa

An Enduring Example of Beauty along Our National Highway

Anyone who has driven Hwy 17 North of Sault Ste. Marie has probably stopped at Chippewa Falls. There is a parking lot and rest area with a plaque touting it as the halfway point along the TransCanada Highway. With a thick pine and hardwood forest surrounding a series of rocky drops, this is one of the most striking waterscapes along a particularly scenic stretch of Canada’s National highway. But Chippewa Falls has induced much more than an impact on passing motorists.

The falls are a spectacular example of the Lake Superior tributaries that erupt into dramatic cataracts as they spill over the cusp of the Canadian Shield. The sheer beauty of such falls captured the attention of Canada’s Group of Seven and inspired works that would change the course of Canadian art. J.E.H. MacDonald’s paintings of Montréal River and Batchawana River Falls join A.Y Jackson’s rendering of Chippewa Falls as examples of a truly Canadian style of art that honours the primal forces of nature. Long before I realized the role of Algoma Country in defining a style of Canadian art, these rivers were simply magical places to visit. While many thousands of people have had their Chippewa Falls moment, I’ve had more than my share over the years.

As a boy, I spent a lot of time in a 12-foot aluminum boat. With a family camp in Batchawana Bay of Lake Superior, I regularly tore up the meandering lower Chippewa River as fast as a 9.8 hp Mercury would take me.  I’d pull the boat up below the bridge, cross the highway and clamber up the warm granite rocks that funnel tea-coloured water down the series of chutes of the two-tiered falls. 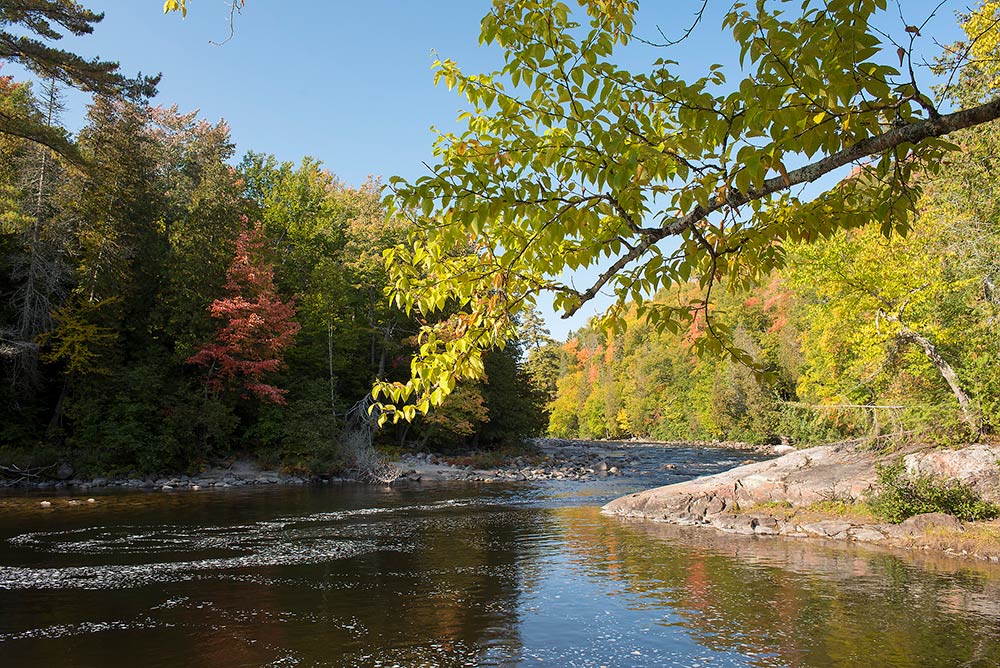 Once I had access to an automobile my friends and I would drive to the Chippewa and hike the series of wooded trails to a place we called ‘The Swimming Hole.” It’s at the base of a rapid with a large flat rock tapering into slowly swirling waters. It became a favourite place to bring lady friends. The cool waters of the river were refreshing on a hot summer day but did little to cool the fires of romance. 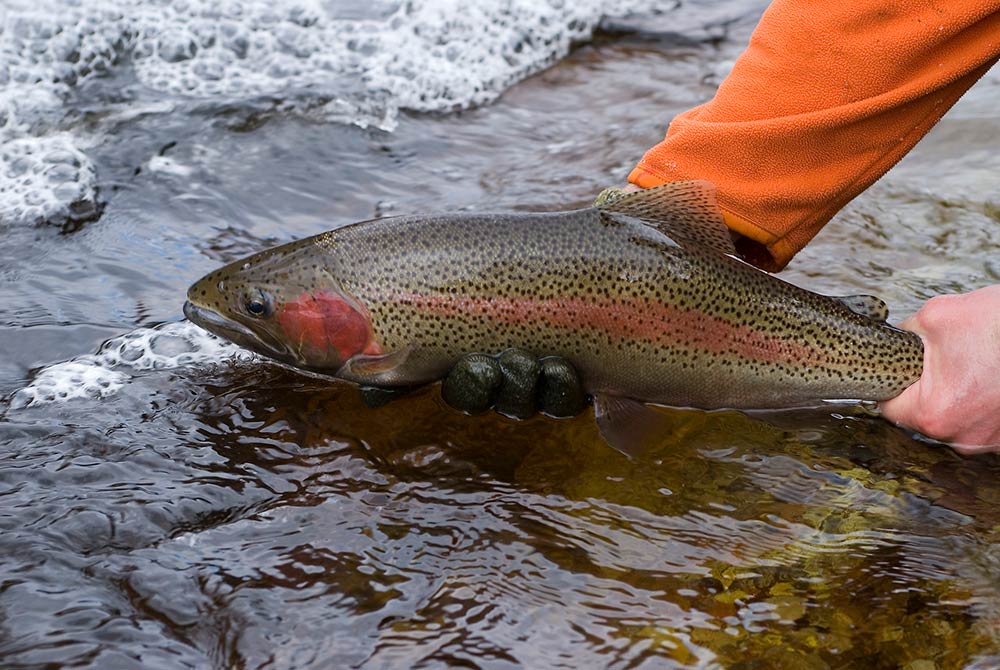 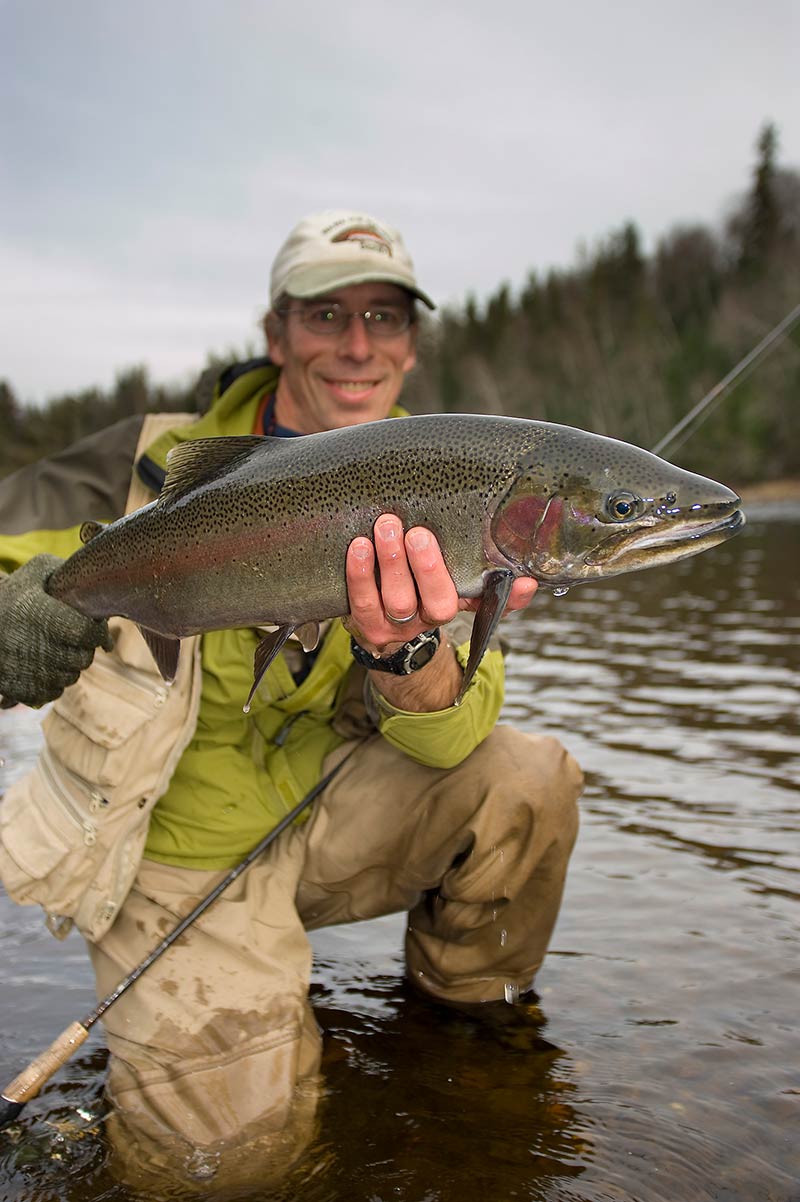 The Chippewa would also play a role in my growth as an angler. Shortly after discovering girls, I would discover the shapely and vivacious fish known as steelhead. These strong and acrobatic creatures live in Lake Superior but dart up her tributaries to spawn in spring. I spent many cool mornings in early May wading the pools and runs below the falls, occasionally hooking steelhead that would run five pounds or more. 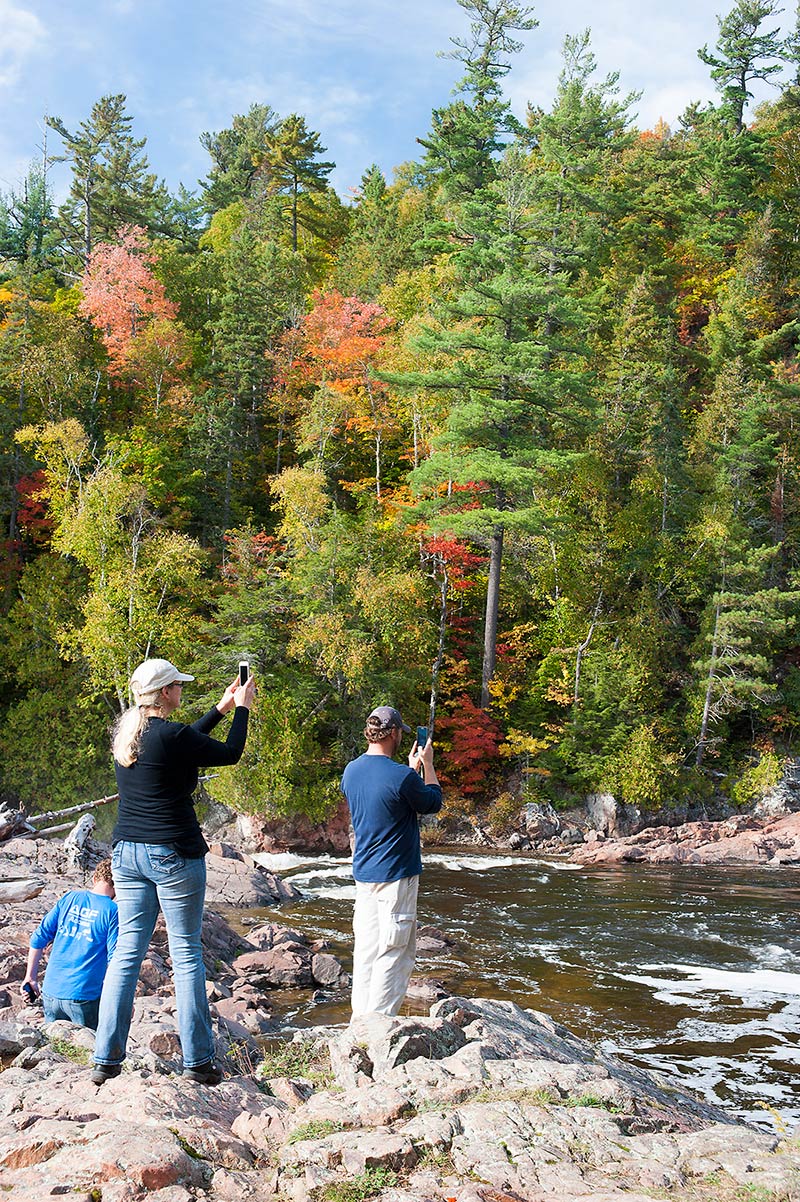 Like many who travel the TransCanada highway, my most recent trips to the Chippewa have been to photograph. There are almost always others taking in the sights, photographing or even painting. I’ve even spent days photographing artists like Taimi Poldma, wielding brushes to render the jagged landscape in a style all her own. 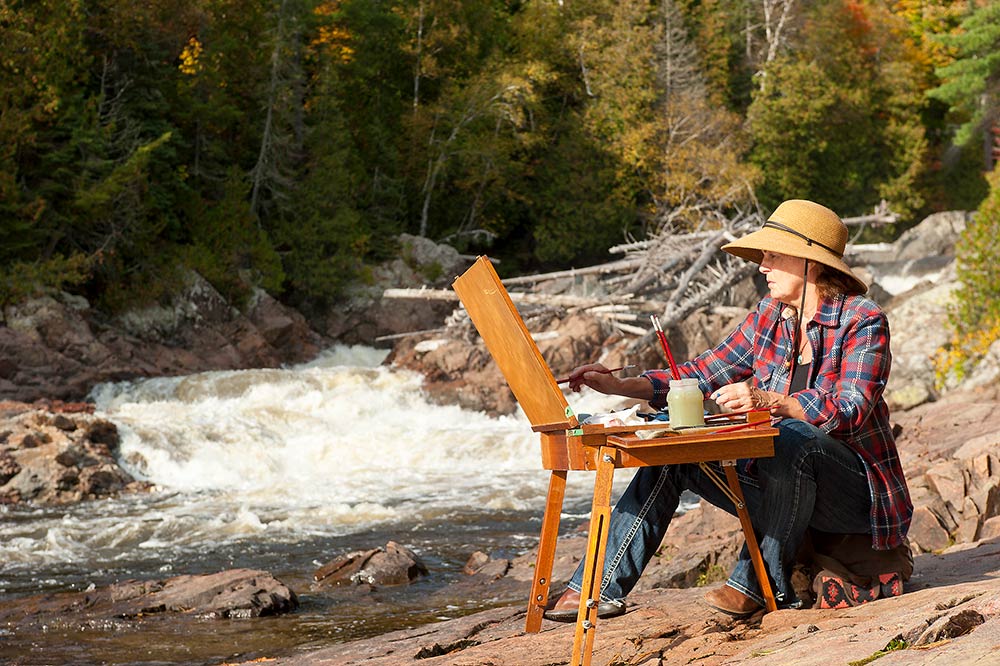 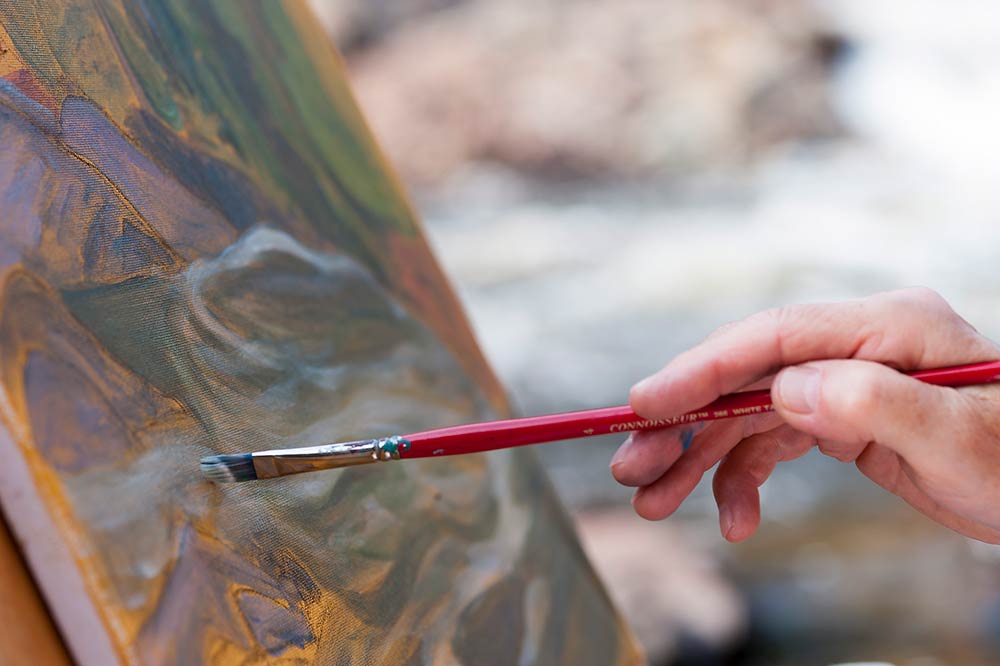 She is by no means the first; an interpretive panel at the base of the falls tells visitors that the stirring cataracts of Lake Superior’s tributaries were first captured by Canada’s Group of Seven more than 100 years ago. They visited from 1918 to 1922 painting rivers like the Batchawana, Montréal and Agawa. Much later Jackson would return to paint the Chippewa. 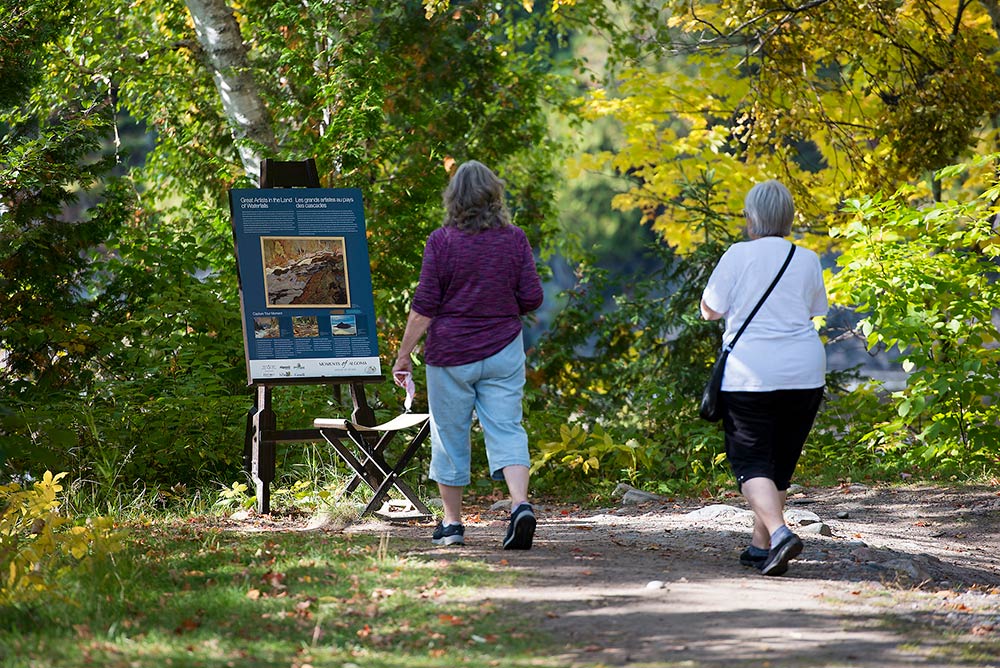 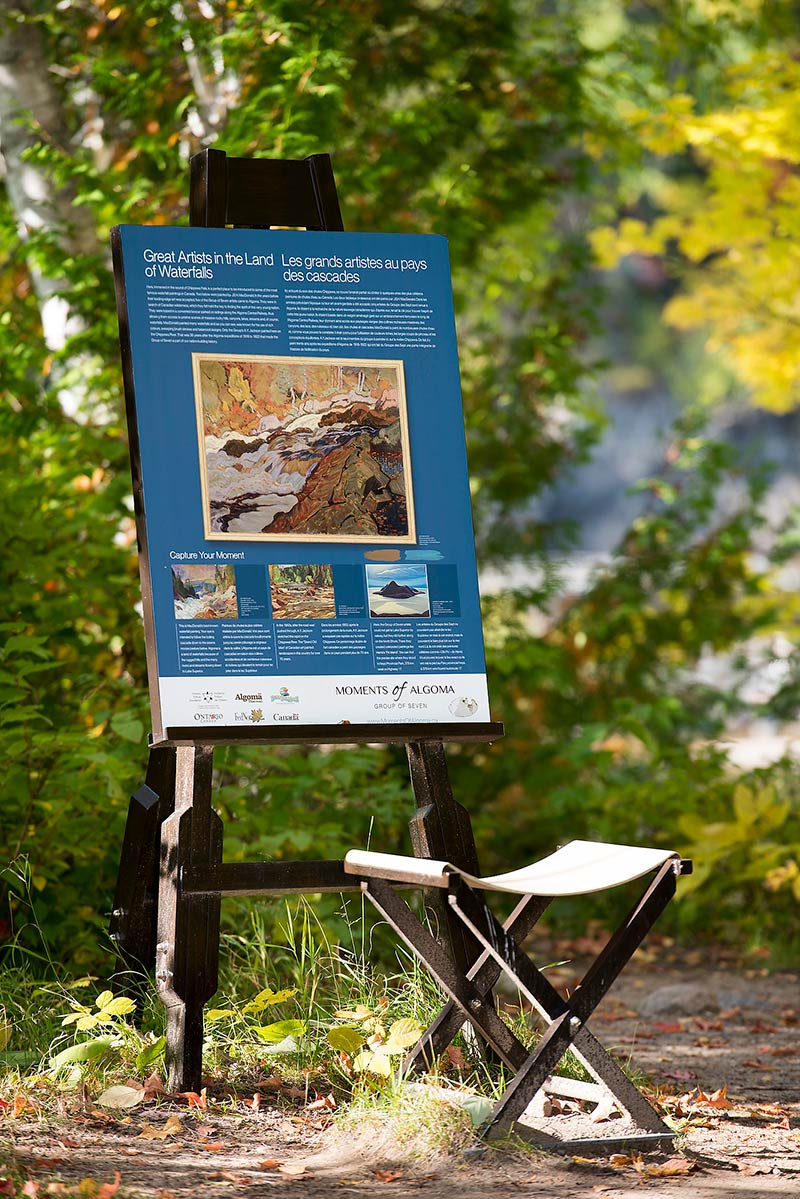 In a soon-to-be-published memoir edited by Wawa historian Johanna Rowe, Hugh Ross writes of an August 1954 outing with Jackson. “…we made several exploratory trips into the surrounding country of Algoma District, a favourite area of the Group of Seven in their early days.  A.Y. enjoyed being back again after about thirty-two years.”

Although the bridge across the Chippewa River was built in 1939, the Trans Canada Highway didn’t officially open until 1962 and the road North of Sault Ste. Marie was much different than it is today. According to Jackson’s friend, Hugh Ross:

“On the same day that we visited Batchawana Bay in the morning we went on to Mica Bay on Lake Superior very close to the end of the road at that time. Here he did with us the first of his many Lake Superior sketches.” 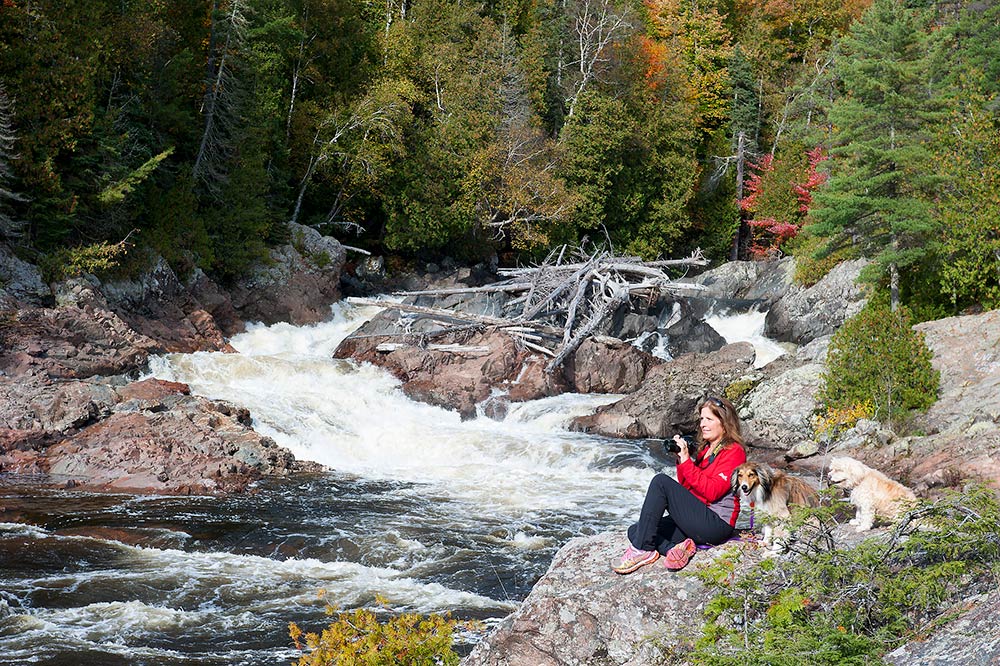 This was many years ago but the Chippewa River remains much as it was. She is still an untamed river that changes with the seasons in sound, shape and colour. Whether resplendent in the reds and golds of autumn, in the flood of the spring freshet, or expressing herself in long tendrils of ice, the falls are an enduring example of the feral beauty of Algoma Country and a great place to be introduced to the famous waterfall paintings of the Group of Seven. Whether we save our moment in our memory, with our cameras, or on canvas, Chippewa Falls is an enduring and well-represented scene. 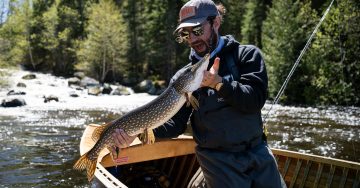 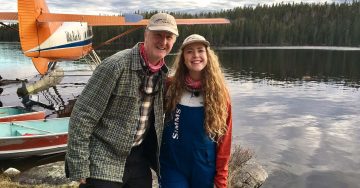 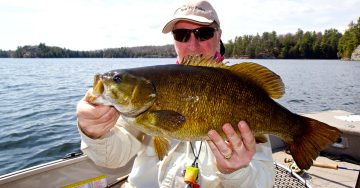 For many anglers, including myself, there is no joy greater than catching...