The muskellunge, or muskie, is the largest member of the pike family. It’s an elusive catch and one that is hunted by many. Algoma is home to the mighty muskie. Anglers hunt large muskies as trophies or for sport. This species can attain high swimming speeds but, for an intense short duration. The muskie will shake its head intensely in an attempt to rid itself of a hook. Muskies are known for their strength and their ability to leap out of the water in what can only be called an acrobatic display of sorts. Known as a very challenging catch the muskie has been called “the fish of ten thousand casts”. These fish prefer clear waters where they lurk along weed edges, rock outcrops, or other structures to rest. A fish forms two distinct home ranges in summer: a shallow range and a deeper one. The smaller shallow range is usually smaller as it is a lot quicker to heat up. Muskies continually hunt both ranges in search of available food in the appropriate conditions of water temperature.

Generally, their diet consists of fish but they also eat crayfish, ducklings, frogs, snakes, mice, muskrats and other small animals. Even small birds will fall prey to this mighty fish. With needle-like teeth and a large mouth, muskies try to take their prey head first, many times swallowing them in one gulp.

Muskies spawn in mid to late spring in shallow vegetated areas. They prefer rocky or sand bottoms so eggs don’t suffocate into mud-bottomed waters. Males stalk the spot prior to the female arriving. Spawning takes about 5 – 10 days then the eggs are left to fend on their own. By fall, the newborn muskies are about 12 inches in length. These animals grow very slowly and the young are feed for other muskies, northern pike, bass, trout and occasionally birds of prey. People are the only ones that prey on adult muskies. But because of their low birth numbers, there is always the fear that muskies will become endangered.

When “hunting” for muskie smaller lures are more apt to bring success in the spring or when the temperatures are cooler. However, larger lures should be used in the heat of the summer or fall.  Live bait is often used, an 8- to 12-inch long fish called a “muskie minnow” but please catch and release these mighty fish to ensure the elusive muskie is part of the sport of angling in the future. 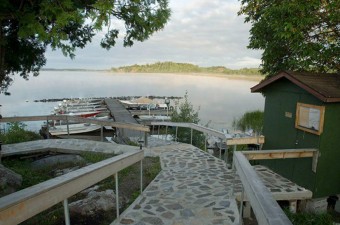 Get a taste of what world class Canadian fishing is all about on the Great Lake Huron! 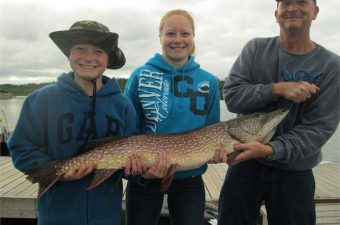 Create the most memorable moments together and relax at Brennan Harbour Resort.

Fishing on the Spanish River

Family-friendly Campground & Cabin Rentals located at the mouth of the beautiful Spanish River. 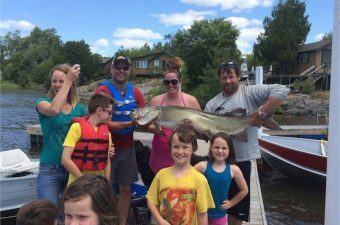 Relax with the family in the beautiful Canadian Wilderness, enjoy great fishing and accommodations. 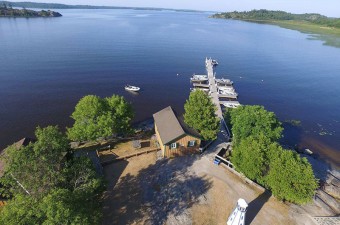 View on Map
View All 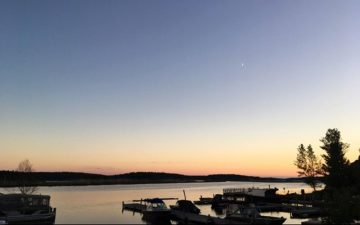 Quiet campgrounds and riverfront cabins at the mouth of the Spanish River, located one kilometre from the North Channel of Lake Huron. 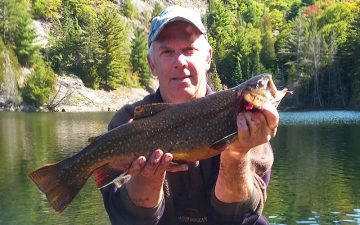 Located on Seymour Lake, Whispering Winds is a wilderness paradise with the seclusion of a fly-in resort yet accessible with your own vehicle. 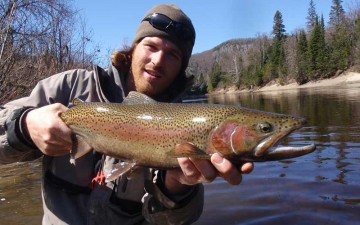 Tyler offers a year round fishing guide service that specializes in unique, personal fishing adventures throughout the entire Algoma region. 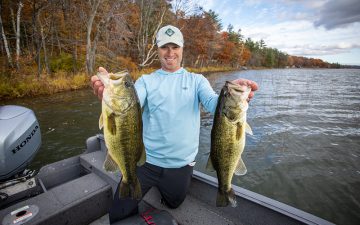 Angling Algoma offers a unique and specialized bass fishing experience in and around the entire Algoma region. 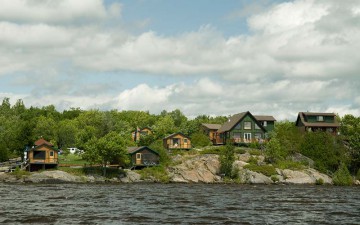 We fish the islands of the Whalesback Channel of Lake Huron and the Spanish River for Walleye, Northern Pike, Smallmouth Bass, Lake Trout and Perch. 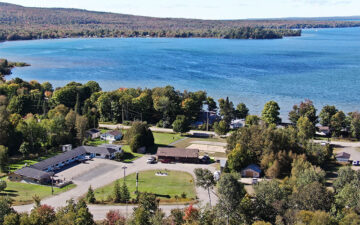 This 4-season area is rich in nature with an abundance of activities. Enjoy one of the 9-boutique rooms with beautiful mountain views in Havilland.